A mobile application will help with facial paralysation 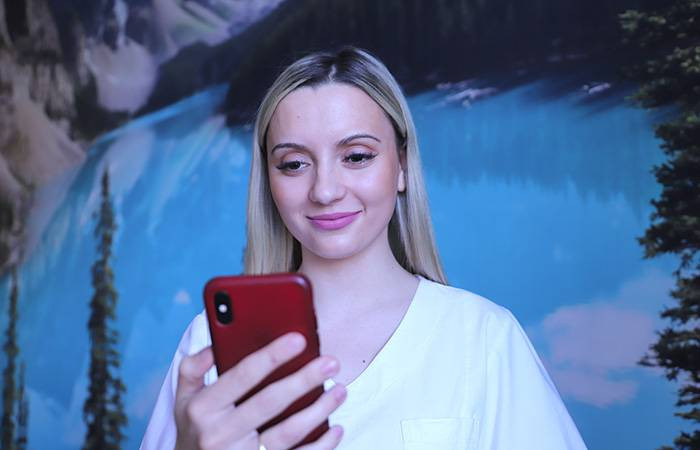 Julia Matejova (25) comes from Drienov, Slovak Republic. She has studied in Kosice since her study at secondary school, the town belongs to her beloved ones. This year has been the successful one for her as she graduated, got her master's degree, and won 2 competitions.

More than 3 years she has been working as a physiotherapist, the area she studied in the past. While studying at secondary school she kept thinking about what her future direction will take, it always was the medical service. Helping others makes her very happy and these days she helps people in the rehab ambulance on Juzna Trieda in Kosice.

At first, Julia focused on unpleasant tinnitus. Her diploma thesis was about this condition. She gained more experience during her internship exchange program in Moscow. “However, I was very much interested in specialized rehabilitation and procedures where patients are being treated by so-called exact movements. So my choice was clear, I have started to focus on facial gymnastic”, as she describes her journey.

Facial gymnastics is a very complex process. She works with patients on a long term basis with the exactness of exercise in order to avoid synkinesis, which is involuntary facial movements, for example, in one moment, a person moves with the corner of his or her mouth and in the same time winks his eye.

Looking in the mirror

The patients, she meets every day are those who overcome a sudden brain stroke, are after various surgeries or paralysis. But even young and healthy people having problems caused by air draught or air conditioning that can cause nerve inflammation.

“For most of the patients, it is difficult to remember all exercises while being in the medical care room. And it is not sufficient to exercise only while being there. Therefore it is essential for them to practice in front of the mirror at their homes. Some patients take it hard and can turn in depression seeing their half of the face fallen and not working”, she explained.”

TINY GAMES IN YOUR CELLPHONES

It was not far from the idea of actions. Matejova invented an application which can help not only patients to exercise but it can help also physiotherapist to analyze, diagnose, and collect data.

Having a mobile phone in their hands while playing an application with mini-games could become a daily routine for such patients without even realizing that it is an exercise. The application consists of mini-games with little figures that navigate patients what to do with their faces. If the figure moves to the left the patient smiles using his left side of the face. The camera records every movement. It looks like playing a relaxing game, and in the end, we can evaluate application data and see the progress of each patient.

Technical details are being processed by her colleagues from the company Inovuj and the application is called FaceRehab.

IN FRON OF TWO JUDGES

This idea was registered to Kosice competition called the Innovation Day organized by the Innovlab startup center. She won the first prize and was nominated for the next competition for Innovation Days in Paris.
She presented there her idea together with her technical team. Prototype FaceRehab was introduced in front of the members of the European Institute for Innovations and Technologies (EIT) of the medical sector. 32 teams from Europe tried to make it to the finals.

“We were divided into 4 groups. Our group consisted of the other 8 teams. At the start, we had to introduce ourselves and our project in front of a smaller group of judges. Later when we’ve made it to the top 5 we have presented our application in front of the main group of judges. Even there we were successful and our idea was rated as the best one”, explains Julia, the therapist.

Among the large players

Imperial College London, the University of Oxford, or Sorbonne University students were part of this competition as well, which makes this winning for us as a very special one. Julia promised to complete her idea into the final product.
“Our demo version is ready. We think that the live version should be ready within 6 months. It is a big responsibility to move this project further and continuously improve”, says Julia. 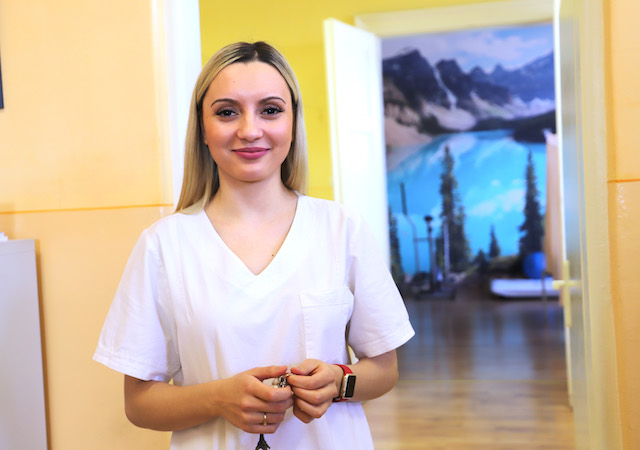 CAN SCIENCE CURE THE CORONAVIRUS? STARTUPS THAT CAN SAVE LIVES ARE BEING ESTABLISHED IN SLOVAKIA »